CoViD 19 as Our Crystal Ball 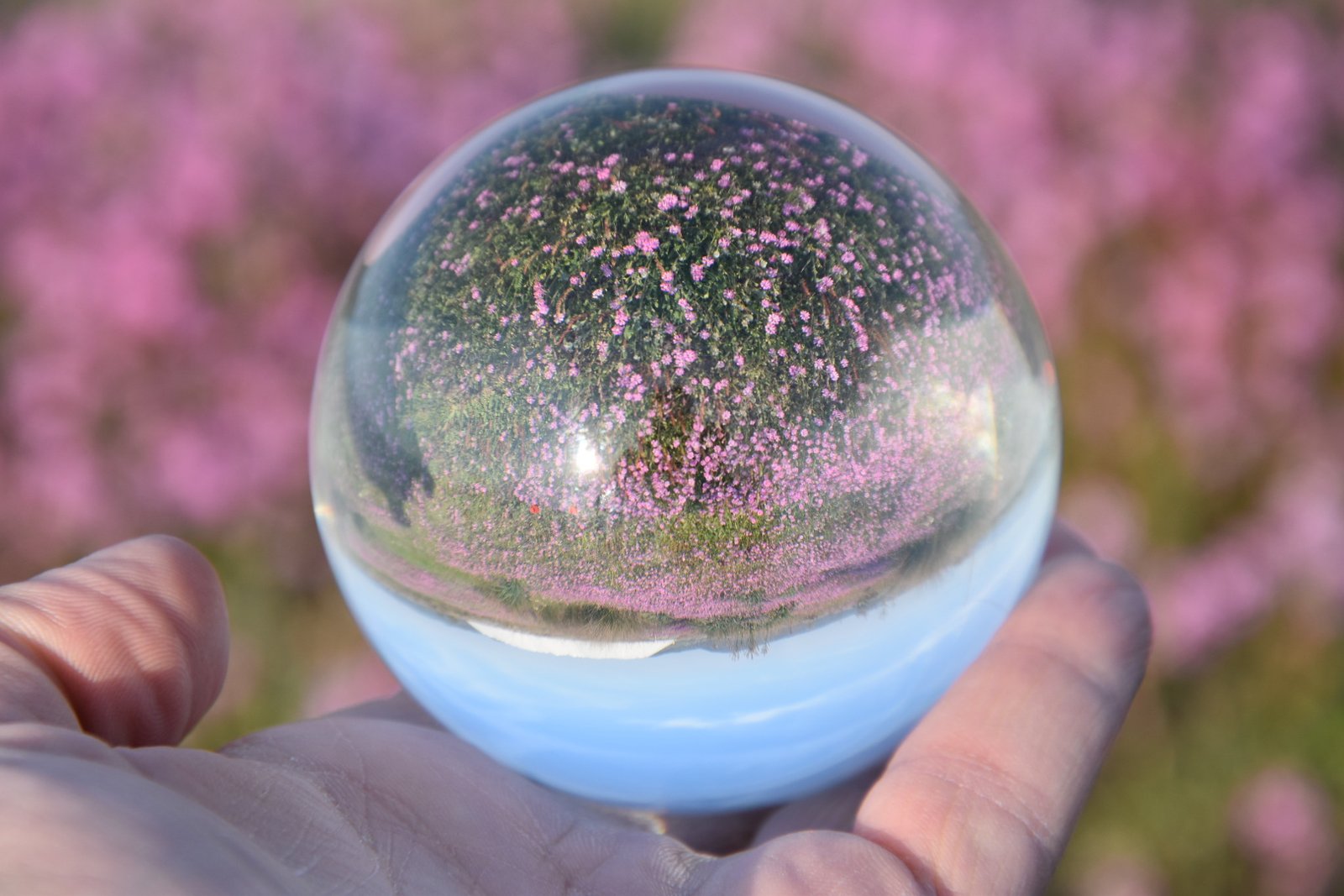 The future is already here, it is just not evenly distributed

The essential question is ‘Why CoViD19 and not Global Heating?’

This article contends that while it is important to understand the difference in the responses, it is even more useful to examine those responses to learn the lessons required to build the post-growth world.

The fundamental difference, apparent in all the language used by all authorities, is that the threat from SARS-CoV-2 is immediate and it is personal. ‘If we don’t do this, you will die.’

The images of Italians and New Yorkers waiting for Intensive Care provides compelling evidence. ‘That could be me.’ There is no doubt of the risk. Global heating, by comparison, will harm us all at some point in the future. It is easy to ignore.

The other, critically important, difference is that there is a well-funded climate-denialist lobby, actively undermining any policy or action addressing greenhouse gas emissions. Their efforts, the media they control and the toxicity they inject into the debate are systematically documented by Naomi Klein in her 2014 book, This Changes Everything as well as many other places.

The absence of that truth denying lobby in this pandemic allows us to analyse government, community and individual responses to the pandemic without doubting the self-evident facts. In fact it provides a controlled experiment in which different national responses adjust individual variables providing a rich field for exploration.

We are all selfish

Young people did not physically distance as soon as lock downs were decreed: they went out and partied, invited friends over and generally behaved as if they are invincible. As you do.

Despite admonitions not to, many people hoarded. Some had experienced shortages in wars, some only survive by their wits and some are simply greedy. We do not want to queue for food, go hungry or pay extorted prices to others who are faster to act than we are.

Anaesthetist Erich Schulz recently told me, “hundreds of people struggle to make sacrifices that will save their lives. They should eat less, drink less, exercise more, but they cannot give up the immediate gratification of their current lifestyle, even though it is a matter of life or death. We cannot change people’s behaviour by telling them what is good for them, let alone what is good for everybody else.”

Environmental movements have failed to sweep progressive politics partly because they often sit uncomfortably with social justice movements. The environment is perceived as a concern of the affluent. This pandemic has brought home the reality that we all respond to Maslo’s hierarchy of needs, we feed and shelter our family before we look out for the neighbours or build community. Apply your own oxygen mask first.

In building a sustainable, post-growth future, we first have to build community, the framework to support the change in our behaviour. We cannot dictate what others do, we must invite them to join us in the thriving and sustainable future that we create.

Because the CoViD-19 disease has an obvious impact, offers no immediate profit and has arrived so fast, governments have acted on behalf of their citizens rather than the interests of capital.

The few outliers calling the “cure worse than the disease” or saying, “I would rather die than harm the … economy” have gradually morphed into the more gentle assertion that “harming the economy will kill more people than the disease.”

This goes to the heart of our standard left/right political divide. It is not a trivial argument.

We have enjoyed seventy years of affluence beyond the wildest dreams of earlier epochs. We travel in smooth, fast chariots without making personal effort. We whisper into or wave our hands over polished rocks that transfer our thoughts instantaneously to the other side of the world.

This affluence has been brought about by scientific ingenuity, plentiful cheap energy, the resulting exponential population growth and the extraction of irreplaceable resources. Capitalism has facilitated this affluence and is dependent on the continuous growth and extractive practices.

‘The economy’ is simply the mechanism for tracking and the measuring commercial activity, it is not in itself an entity that requires nurturing. That fiction has been actively promoted by the owners of joint-stock companies over centuries who use ‘the economy’ as the means to control governments and so extract wealth from our individual activity. It is the worship of money that is the root of all evil, not money itself.

CoViD 19 has shifted the debate from whether we should reduce activity, to how we manage that enforced reduction and its impact on the population at large.

The role of the state

Part of the emerging libertarian pushback is on grounds of personal rather than economic freedom. Laws preventing gatherings may ensure public safety in a pandemic but sacrifice hard won freedoms that governments may be reluctant to relinquish.

This can be subtle. We willingly give up cash to use the more hygienic digital equivalent, even though centralised money systems can be abused. The fictional example of Handmaids Tale reflects the actual, recent experience in Greece. Digital money can be reassigned at the press of a button.

Conservative governments have gone out of their way to apologise to business and industry for the loss of profit caused by governing in the interests of public safety.

The important thing to remember is that we call on the state to support us when the situation gets beyond our capacity to manage. If the neighbour’s party turns into a riot, we call the police; when a woman collapsed outside my apartment yesterday, I called an ambulance.

When the Black Plague swept through Europe in the 14th Century killing over 30% of the population, people blamed God, prayed for deliverance and went to their deaths assuming that He had forsaken (or sacrificed) them. By comparison, in response to the cholera plagues of the 1850s, citizens turned to governments to build better sanitation and water supply and provide compensation and regulation.

We acknowledge and recognise the apparatus in which we place our faith by supporting it with our loyalty, our cash and our compliance. The neo-liberal project has undermined our faith in government and replaced it with faith in the market. The CoViD 19 crisis exposes the falseness of that proposition. It is an echo of the City’s assumption of control over New York fire brigades in the late nineteenth century to prevent disasters caused by in-fighting between insurance companies.

Nuance is difficult – Science is hard

We have watched governments blunder and stumble in their interpretation of the science and converting it to policy. But the messaging, science and policy have gradually converged to make cogent sense.

A clear example has been the concept of ‘flattening the curve’ and its more nuanced partner, ‘bending the curve’.

On 20th March, Tomas Pueyo published in Medium.com an article entitled the Hammer and the Dance analysing in detail the actions taken by various governments and the corresponding infection and mortality rates.

His article is dense and not easy to explain in a three minute news story.

Over the subsequent week, though, hand worked examples of exponential growth appeared on free to air television, the rhetoric of ‘flattening the curve’ was used to explain the need to manage demand for a limited resources, such as intensive care beds and then, finally, the rhetorical device of ‘bending the curve’ explained the difference between an exponent of more or less than one.

This week governments are struggling with the messaging for the reality that until there is a vaccine, we remain locked down or wait until about 70% of the population gains immunity through infection.

The absence of people actively funding ‘anti-science’ has allowed a widespread dissemination of information and the creation of knowledge and intelligence to understand and accept challenging policy that requires personal sacrifice.

The items we have hoarded during the CoViD 19 pandemic reveal systemic flaws that we must address in the larger project of building the post-growth future.

We cannot easily direct people to use squares of newspaper instead of super soft, double ply toilet tissue because the modern sewer is not equipped to handle squares of toilet paper, no matter how vigorously they have been softened by the sitter. Hand sanitiser is more convenient than soap and water, our love of meat means we no longer obtain the bulk of our protein from pulses as was traditionally the case.

When we outline the technological solutions to greenhouse gas pollution and biodiversity, we have to take these dependencies into account.

Cat Green is a PhD student researching food sovereignty. She contributed a chapter called the
Radical Homemaker to a book on Fair Food. Part of her radical homemaking manifesto is that our
homes have been constructed as nodes of consumption and that we need to transform them into
hubs of production.
We buy stuff and consume it at home, alienating ourselves by consuming alone. If we make stuff to
share, then we put ourselves at the centre, or hub, of the network instead of at the edge. Our lives
are filled with people and those people get something tangible from us that builds a relationship.
By engaging friends and neighbours in shelling the pigeon peas we grow on the spare block next
door, we build community in ways that have worked for thousands of centuries. That community
supports us in the present as well as the future. That network makes us resilient and helps us thrive
instead of simply survive.
Of course, the choices we make as a consumer can contribute to long term sustainability but we
would have to buy a lot of hand-made soap to influence the footprint of soap manufacturing. By
contrast, making the soap for other people spreads the word, increases the volume of hand-made
soap and encourages soap-manufacturers to respond to the market.

This pandemic is just the most recent disaster. While we are battling it, Australia’s Great Barrier Reef is undergoing its fourth major bleaching event in a decade. Bushfires that denuded the landscape of every living thing were still burning in late January. There will be other disasters in the future, probably before we emerge from the pandemic.

Governments are already saying they will ‘take off the brakes’ on ‘the economy’ to ‘get back to normal’ when we get ‘to the other side’. To maintain control of the agenda, we will have to build on the lessons  outlined in this article.

There will be fertile ground. Regional manufacturing is re-emerging a couple of weeks into the shutdown, local economies are forming, people are rediscovering the joys of games, reading, learning, playing music and singing together.

We must support and nurture resilient communities to thrive in a post-growth era and we have a golden opportunity to establish those communities. We must also wrest control of our governing structures from the mega-wealthy who own the capital that controls the systems that, until last month, dominated government policy. That is the larger task, but at least this crisis has offered us a window into what is possible when our governments take control.

The future is already here and, this time, it is widely distributed