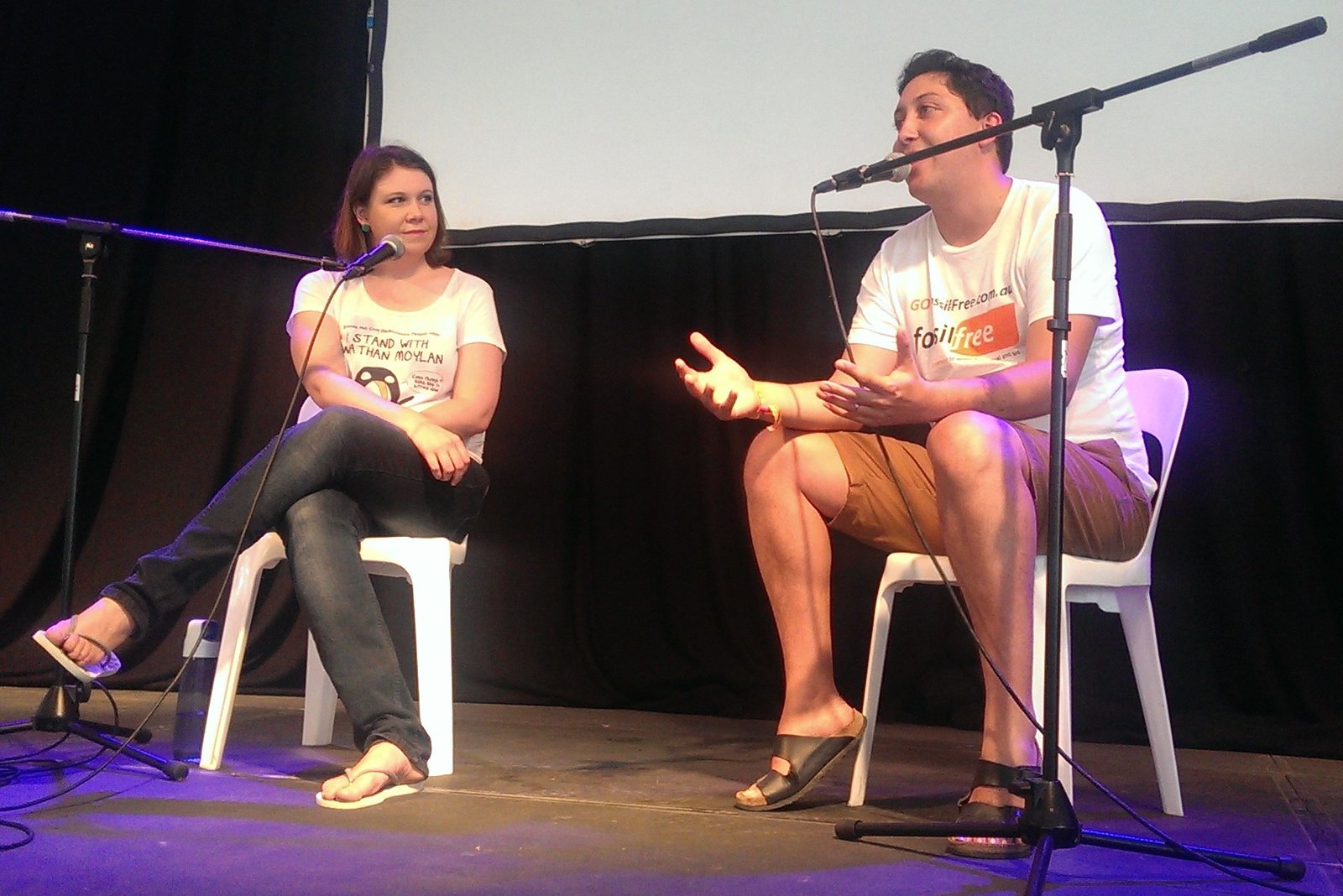 Birds do it. Bees do it
Even educated fleas do it
Let’s do it, Let’s fall in love
Cole Porter 1928

There is no doubting the power of conversation as a communication tool. The best preachers and the biggest stadium rock bands mimic traditional call and response to engage the audience and drive home the memory if not the message.

Climate for change is the latest grass roots movement to adopt the pattern to drive for specific outcomes.

Get Up eplored a conversational approach in the 2016 election campaign, refined and rolled it out as a significant component of its 2019 platform.

The ALP says that it is using it, but it stops short of allowing a second voice in the conversation, so can not be genuinely included as a data point in this analysis.

The Greens have been using it in one form or another since 2013. Adam Bandt employed what his campaigners called the Barack Obama strategy in his first successful election campaign. Obama had taken his inspiration from Chicago community activist Saul Alinsky and his book Rules for Activists via

Bandt’s campaign manual was taboo in the Australian Greens, for a variety of reasons, some practical, some factional, some relating to inertia. It had the words, “Keep this manual safe and confidential. Do Not Share” emblazoned across the inside cover. As a result, the South Brisbane Greens fought the 2013 campaign against Kevin Rudd in Griffith directly following Saul Alinsky’s principles and simply told everyone we were using the “Bandt model”. When Rudd resigned in 2014 we campaigned against Terri Butler in the by-election using the official playbook and paid Get Up’s Simon Sheikh to send some staff to come and train us in the fine print of the technique.

Following that, the model has become de-rigueur in The Greens and has spread through other environmental and activist groups as outlined above.

The most recent incarnation of the two-decade old training by Al Gore’s Climate Action has now added conversational techniques to its armoury.

The failure of all this conversing to make a “Climate Election” out of the 2019 contest for control of the Australian Federal Parliament simply brings The Greens, Climate Action, Climate for Change and Get Up to the same point.

The populace is not sufficiently moved by the evidence of the damage they inflict on future generations or the world’s poor to give up their four-wheel drives, steak dinners, international holidays and other benefits of continuous economic growth.

We need not argue about why this is the case, that is fairly straight forward, we do need, however, to discuss what we can do to engage the natural morals and humanity of the silent majority.

The reasons that people do not want to engage are spelled out in the uncompromising and terrifyingly honest video snip, “Deep Adapatation” by Jem Bendell. https://www.youtube.com/watch?v=DAZJtFZZYmM&t=2s

“The contract is broken – We are not in control any more,”he points out.

To paraphrase: the very real and well understood danger that we may become extinct in the lifetime of people living today, leads directly to the breakdown of the fundamental promise that has underpinned liberal democracy. That promise has been that life will continue to get better, as long as we stick to the rules. As a consequence, people are no longer sticking to the rules.”

The impact is that veteran campaigners are giving up, declaring the end of social democracy and the failure of the climate movement. In April this year John James wrote his final weekly newsletter, opening with the words:

“For more than three decades I have been spreading news of the climate crisis during the years when we could have made a difference, and at no moment in all that time has the good news outshone the bad.

“I am 88. I gave my first public talk on ecology and the warming planet in 1982. I am weary of reiterating increasingly miserable news. We all know where we are heading. We won’t be bored in the years that remain to us.”

These campaigners express disappointment that we did not make the change that had to be made to avoid the position we are in now but in a very real way they have simply switched gear accepting the inevitable. They have not given up campaigning, they have simply given up trying to bring the mainstream with them.

I interviewed Richard Heinberg in 2008 about his scenario analysis PowerDown. I pointed out to him that based on the political landscape at the time his Lifeboat scenario seemed more likely than any of the others. He was shocked. “I had to include that for completeness in the spirit of scenario analysis, but it is the worst case scenario. That is what we need to do if none of the other scenarios eventuate.” https://thegenerator.news/thegenerator/soundfiles/Heinberg_Lifeboats.mp3

On the other hand, the youth is newly energised to pick up where their elders have left off.

The Extinction Rebellion, the Climate Emergency are declarations that reflect the urgency so cogently declared by Greta Thornburg. That does not resolve some of these inherent tensions, though. When Greta declared that Sustainability is dead, Climate Change is everything, the fractious nature of the discussion that emerged must have made fossil fuel magnates extremely warm and comfortable.

Recently, a number of young women who have expressed serious concern about their decision to bear children in the face of a possible extinction event. I grew up in the shadow of the Atomic era, I was born at the height of the Cold War. I missed being conscripted to Vietnam by five years. As youngsters we expressed intellectual concern about the morals of bringing children into this world, but all the women my age who discussed with me their reasons not to breed were driven by rather more selfish reasons. Children are an expensive luxury in a neo-liberal society.

These deep, life changing decisions by thoughtful people whom I respect are symptoms of the alarm generated by the possibility of extinction and the certainty that we are at the end of growth.

The reality is that we have to go far beyond conversations that bring the mainstream voter into the conversation, we absolutely have to take action to begin to build a post-growth, post-carbon world. That requires more than conversations or lobbying politicians, that requires radical action, leading to radical change.

It may well be that the organisations that have engaged directly in the financial system, Future Super, Planet Ark two name just two, despite their flaws, offer a significant clue.