Save the Wilderness: Synthesise everything 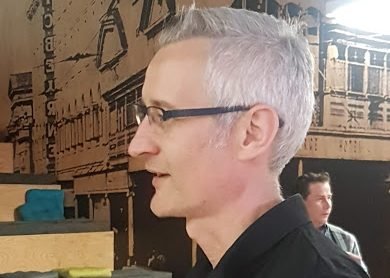 Two contrasting views of our relationship with nature emerged at last night’s Circular Economy Meetup at the Precinct in Brisbane’s Fortitude Valley.

Founder of GreenKPI, Johanna Kloot, painted a picture of the circular economy as recognising that all our resources come from the land, “everything you have eaten, worn or used today is a product of the environment. The economy is simply the conduit that carried that resource to you.”

Professor of Microbial Technology at QUT, Rob Speight, outlined the production of synthetic leathers, meats and fibres using genetically engineered microbes as a means we might employ to take the pressure off agriculture and reduce its enormous contribution to global warming and the ensuing climate chaos.

He described a synthetic hamburger that bleeds, ensuring a genuine taste experience thanks to genetically modified yeast that can produce heme, the haemoglobin component that gives blood, and therefore meat, its unique quality that plant based patties do not provide.

Professor Speight conducts research into dissolving natural fibres so that we might recover the valuable plastics in mixed fibre clothing. 95% of the world’s textiles involve a mixture of cotton an polyester (wool polyester blends make up around 1%) but it cannot easily be recycled using existing technologies because the cotton and polyester fibres are intricately woven together. Using digestive enzymes the team at QUT can remove the natural fibres allowing the polyester to be recovered for remanufacture.

He began his research journey investigating the problem of removing dags from cattle before slaughter. He said that feedlot cattle carry around 40kilograms of manure, dirt and urine caked into their hair which has set like concrete and requires up to ten hours of high pressure washing to remove before the animal can be cleanly slaughtered. The QUT research into digestive enzymes allows the cow to be shampooed so that the dags can be removed much more quickly. “We don’t want the solution to be too strong, no-one wants a bald cow,” he quipped.

Some members of the audience wondered if simply transitioning from red meat or, at least from red-meat produced in feedlots, might not be an easier solution, preferring Johanna Kloot’s approach of learning to live in harmony with nature.

Professor Speight noted that red meat earns around 20% of the Queensland economy putting it in a similar category to coal, and environmental disaster on which we rely for our comfortable lifestyles.

Great Notions asked both speakers to consider a future in which synthetic production of food, fibres and other materials allowed us to restore some of the biodiversity and reverse the damage done by the industrial harming of animals and land. “Might we save the environment by replacing agriculture with a test tube?”

Johanna Kloot responded with the observation that living in harmony with nature has been the sustainable practice of the oldest living civilisation that has existing on the Australian continent for thousands of generations. “The solution is in harmony and respect, rather than control.”

Professor Speight observed that we need to temper the temptation to synthesise everything for two reasons. First, “nature provides unique and complex experiences, such as steak, that we cannot and should not even try to replicate” whereas a hamburger uses meat that has been minced beyond recognition and is more environmentally and economically sound to synthesise. Secondly, he noted that “we do not understand genes well enough to actually synthesise complex lifeforms. It is very arrogant of humans to think that we can engineer life. We can engineer yeast and algae to create useful fuels and simple materials but the only life form we have completely mapped is a virus with about twenty genes. We really know very little.”

Host Yasmin Grigaliunas observed a number of times throughout the discussion, “hashtag itscomplicated. Once again, we see that this is a very complex topic and there are no simple solutions.”